David Beth was born in Luanda, Angola, South-West Africa in May, 1974, into a family of the (West) German Diplomatic Corps. He was educated in Europe and in Los Angeles, California, USA. David began his career as a teacher of occultism by leading small classes and conducting seminars in Denmark and Germany, where he was able to initiate a new style of ‘dialogue’ with the various levels of psychic experience. In 2002, after more than a decade of occult and spiritual studies, David began the intensive study of German philosophy and psychology, as internal experience and as evolution of the person, paying attention to those areas where the age of systems (Kant, Hegel, Nietzsche, Lotze) had failed to communicate with their respective age and with contemporary consciousness, especially ‘youth-culture’.

At that time, David experienced an epiphany when he was led to discover the evolutionary theogony of eros, as found in the writings of Ludwig Klages, the Graf Hermann von Keyserling, and Max Scheler (philosophers highly read during the Weimar years, 1919-1933), as well as in the work of recent ‘character analysis’. By a careful exploration of his own inner-consciousness, David was able to enter upon a voyage into his own gnostic being. David realised that he had been initiated into this primal awareness by a high-priestess of an ancient Afro-Totemic tradition-history, when he was a very young man, still living in Africa. In a profound sense, she was the archetypal influence discovered by Klages in 1922, when he wrote his book Vom kosmogonischen Eros. In this work, the role of the eternal feminine in evolution was delineated as the faces of Isis, Yenus, Freya, Shakti, Tanith, Sophia-Maria. David realised that this was the answer to the needs of contemporary consciousness, particularly the disenchantÂ­ment of the youth-awareness movement, which was found world-wide.

In his first book, Voudon Gnosis, David began to teach for publication his interpretation of the modern mind which becomes gradually suffused with the polar-mysticism of his deeply personal encounter with god-archetypes and forms. These force-fields, which awakened as powers in David’s lectures and class-talks, now came to appear in his desire to hear the new sound-energy and see the light from the north, yet coming from the voice of a youth, a youth fed-up with static traditions, fed-up with traditions that had lost their vital-roots. 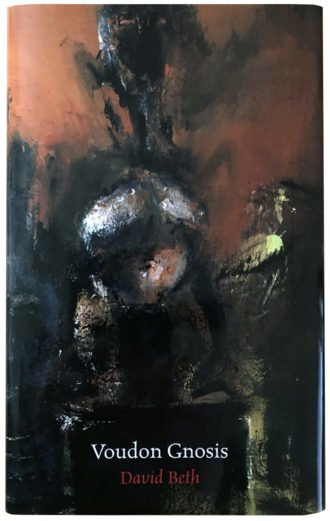 Read more
We use cookies on our website to give you the most relevant experience by remembering your preferences and repeat visits. By clicking “Accept”, you consent to the use of ALL the cookies. However you may visit Cookie Settings to provide a controlled consent.
AcceptRejectSettings
Manage consent