Driven by a personal quest for the eccentric and unusual, the young art connoisseur Frank Letchford sought out Austin Osman Spare in 1937. Through twenty years of close friendship he became Spare’s student, amanuensis and benefactor and after the artist’s death sustained a tireless effort to further his work and ideas. Mr Letchford’s untimely death in 1998 was a great loss, not only to his family and friends, but also to the global network of cognoscenti of Spare’s uniquely wayward genius.

This affectionate tribute by Gavin W. Semple is fully illustrated and examines the character of a man who enjoyed Spare’s close companionship over the last two decades of the artist’s life. Through their relationship we are given insights into a lesser-known side of the ‘Magician of Southwark’ – that of Zos as paternal teacher, humanist and friend.

OUT OF PRINT
Published December 2002
400 copies only 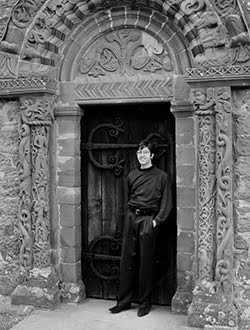