A major 300 page photographic exploration of contemporary Spiritualism, documented over eighteen years. With a foreword by Dan Akyroyd, an introduction and stories by Shannon Taggart and supporting contextual essays from Andreas Fischer and Tony Oursler.

SIGNED AND NUMBERED BY SHANNON TAGGART

‘Taggart’s aim ­– or better put, her mission ­– is to document contemporary manifestations of Spiritualism by photography, creating a project that is practically unparalleled in history.’  Andreas Fischer, co-curator of The Perfect Medium: Photography and the Occult (Metropolitan Museum of Art, New York, 2005)

‘Whether you believe in the paranormal or don’t, Shannon Taggart’s book is fascinating and the photos are haunting!’ – Uri Geller 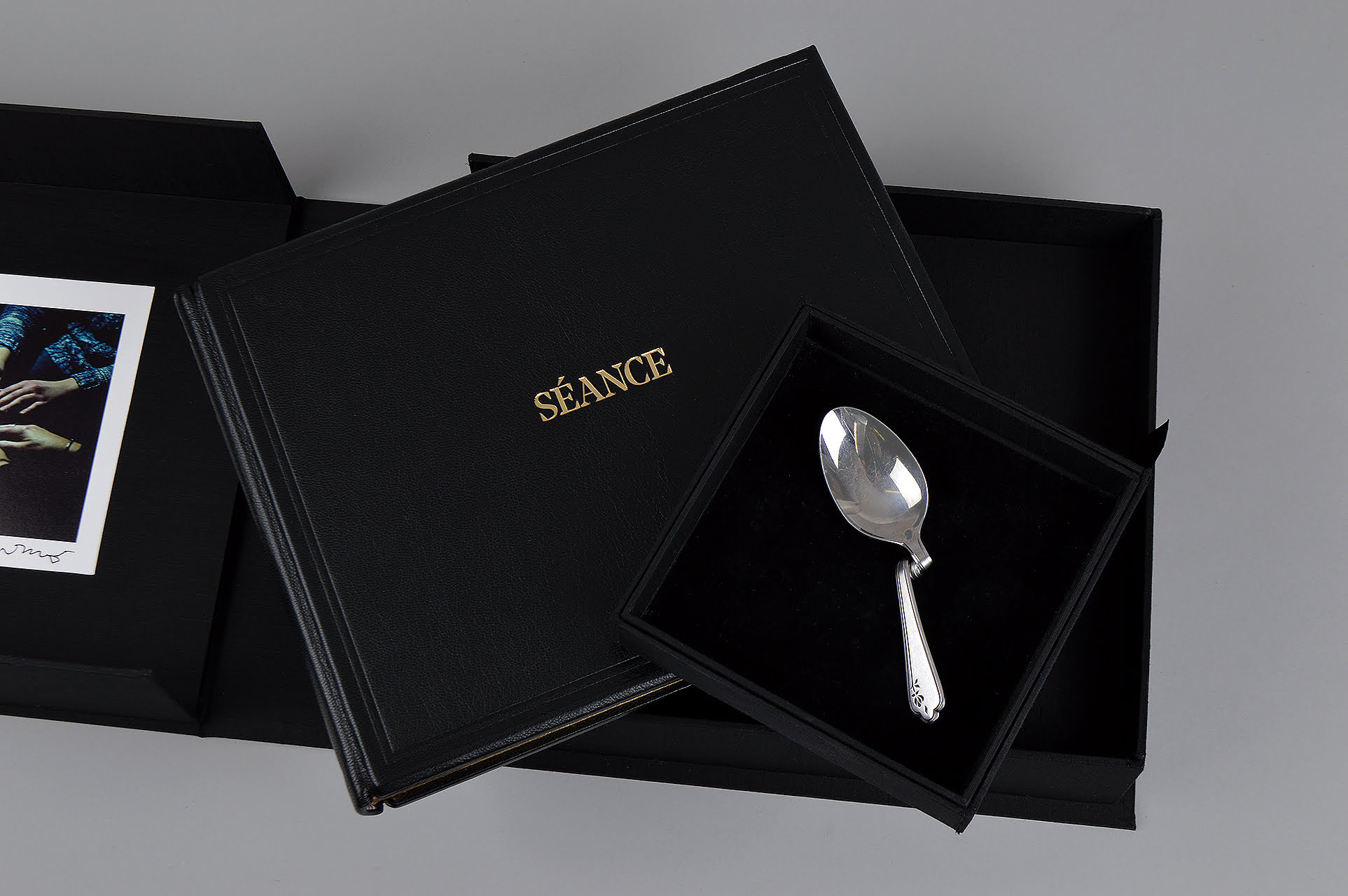 SIGNED AND NUMBERED BY SHANNON TAGGART