Tere Arcq is an Art Historian with an MA in Museum Studies and Art Management as well as an MA in Cinematographic Art. Between 2003-2006 she worked as chief curator at the Museo de Arte Moderno in Mexico City, co-curating the exhibitions, The Art of Mark Rothko (2005), Collections from The National Gallery of Art, and several exhibitions with the permanent collection, and in particular, Remedios Varo.

Working as an independent curator, she produced Remedios Varo: Five Keys (Mexico City: Museo de Arte Moderno, 2008), a retrospective to commemorate the centenary of the artist’s birth and Alice Rahon: Una Surrealista en México 1939-1987 (Mexico City: Museo de Arte Moderno and Tijuana: El Cubo, 2009). She collaborated as co-curator on the exhibition Surreal Friends: Leonora Carrington, Remedios Varo and Kati Horna (Chichester: Pallant House, 2010), and was co-editor and co-author of the exhibition catalogue. She also co-curated and co-edited the catalogue for the exhibition In Wonderland. The Adventures of Women Surrealists in Mexico and the United States (2012) at the Los Angeles County Museum of Art, the Musée Nationale des Beaux-Arts in Quebec, and the Museo de Arte Moderno de México.

Tere was a consultant for the curatorial project and wrote for the catalogue of the exhibition Leonora Carrington: The Celtic Surrealist (Dublin: Irish Museum of Modern Art, 2014). And in 2015 she curated and edited the catalogue of the exhibition, Frida Kahlo: Connections with Surrealist Women Artists in Mexico for the Instituto Tomie Ohtake in Sao Paulo, and Fundación la Caixa in Rio de Janeiro and Brasilia. 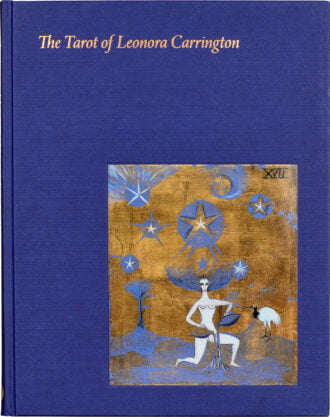 The Tarot of Leonora Carrington