Rik Garrett was born and raised in Washington State. Garrett first began documenting family and friends after receiving a camera at the age of six. They later watched their mother study photography and open her own portrait studio, and at the age of 14 they were inspired to pick up the medium in earnest. This lead to a lifelong exploration of the limits of analog photographic processes, including film, wet plate collodion, and non-silver processes.

Throughout their twenties, Garrett would hone their skills and vision as a photographer, having several solo and group exhibitions around the United States and Europe. Their artistic practice would come to include the creation of handmade books, exploring the connection between artist’s books and grimoires.

In 2006 Garrett moved to Chicago, where they would become inspired by that city’s rich esoteric history. There they continued to create a variety of new work that would be exhibited in various cities, and would eventually teach in the photography department at School of the Art Institute of Chicago.

Inspired by the historical use of the photographic medium as a tool of esoteric exploration, Garrett found the key to utilizing analog photography to document the invisible. Inspired by spirit photography, Thoughtography and Radionics, Garrett has adopted, revived and expanded upon occult photographic processes developed in the past in order to explore personal subject matter.

After spending a decade in Chicago, Garrett has returned to live in Washington State. His first monograph, Earth Magic, was published by Fulgur Press in 2014. 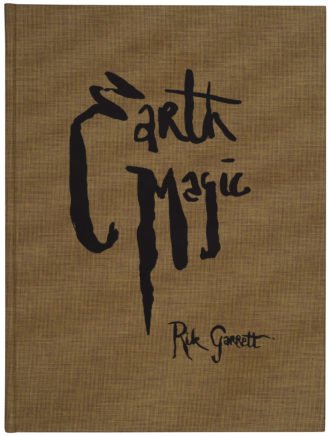 – EX-SERIES, without the signed lithograph by Denis Forkas