Barry William Hale has been described as an occult artist, while a superficially germane term; on closer inspection it radiates a self-consciously unwelcome specificity. Too redolent of those early twentieth century outsider artists whose work depended on visionary states, specific knowledge of ancient mysteries, or some other Qabalistic obscurity. Hale, it should be noted, has certainly done nothing to dissuade such labels, mischievously luxuriating in such terms when fitting. It is apparent from his biography that he is, for example, an outspoken member of the OTO. But such groups encourage individual exploration, undoubtedly an attraction to Hale whose very genealogy radiates the outlaw.

Hale was born to hardcore hippy parents, who lived on one of the first Australian communes, according to the artist his biological father was allegedly involved in distributing LSD to a grateful Australian hippie community. Hale was raised by an adoptive family of socialists and masons, but maintains contact with his expanded family.

In his studies ‘both esoteric and aesthetic’ he has explored yogic states and even undergone periods of sensory deprivation in specifically designed laboratories. These, and other, intense methods of self investigation have led to Hale working with neuroscientists to investigate bio-feedback while in deep meditative states. In addition he is a student of the Chinese martial art. Choy Lee Fut, rumored to be the preferred fighting style of the Triads.

Hale’s work is not a mere rendition of the hermeneutics of high ritual magic, rather Hale gravitates to sorcery, to Haitian voudon, to Congolese palo mayombe, to folk forms of religious expression and ecstatic explorations that owe more to the oral traditions of the disenfranchised slave communities than to arcane studies in dusty libraries. This is not to suggest that Hale is not a scholar of the western esoteric tradition, but rather that he has explored and worked with other forms.

But folk magic emerging from the Mexican barrio and the New Orleans ghetto makes sense when considering Hale’s work, with its material emphasis on what is condescendingly referred to as ‘craft’ and that which many ethnographers would still in their arrogance label as ‘primitive culture’. From his experiences in Haiti and New Orleans, Hale has produced a series of voodoo bourbon bottles, their labels painted with the signs and images of Loa. A tribute to the culture and to the artist’s experiences both autobiographical and magical. Other works involve cutting paper silhouettes, a form of expression common in the magical rituals of the Mexican Limpas, but Hale’s paper-cuts depict the pantheon of plague demons of the Middle Ages. For his published debut he has chosen this remarkable work, depicting the 49 Servators of Beelzebub taken from The Book of Abramelin, combing the central magical tome with the artwork more familiar with the barrio. Hale mixes rigorous scholarly research into the Book of Abramelin with the chthonic pantheon of Mexico, presenting his own vision.

Barry Hale’s influences are, however, far more than just variations on indigenous forms. This is not glib orientalism, smug tourism or hip voyeurism. Looking at his work it is unsurprising to discover Hale trained to be a tattooist, the bold graphic style echoing the classic flash-sheets of the old school skin-and-ink artist. And there is more at play here, sideshow art, underground comic books, fifties men’s magazines, industrial logos, and Tijuana Bibles are all evident in his iconographic reservoir. His predecessors are underground comic book artists such as Robert Williams and the Coop, as well classic occult artists such as Austin Spare and Rosaline Norton. Barry Hale immerses himself in popular art even while creating images that are bewildering in the occult complexity of their significance. Thus a design he produced for the Oceanic Lodge of an OTO depicts the delicious curves of a voluptuous naked pomba-gira, the delicate petals of indigenous Australian flower the waratah, the dove, and the radiating light of knowledge. This juxtaposition of images both sacred and profane formed the design for a t-shirt, a medium and form more often associated with the biker-gang or punk band than that with a magical order. While designs and illustrations for the highly acclaimed Oceanic Currents issue of the Waratah journal reveal an artist of exceptional sensibilities.

This embrace of outlaw pop-culture extends into the dissemination of Hale’s work. During his one-man exhibition in Sydney’s Front Room Gallery, at which Hale exhibited some seven hundred automatic drawings, which looked like a bastard cross between Austin Spare and Savage Pencil, Hale employed a Carney-style barker. The barker’s role was to cajole and rile the audience at the gallery, while swigging rum and hollering his-own version of the apocalypse to the surprise and entertainment of the assembled crowd.

Hale’s work across various manifestations and themes – is about demons and apocalypse. The avatars of liberty, and the moments of true liberation , freeing and illuminating the human spirit. 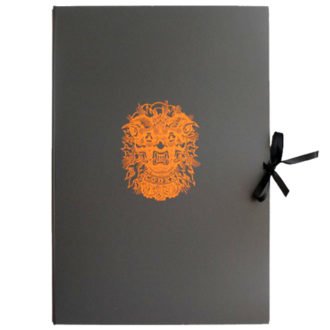 BARRY WILLIAM HALE
With an Introduction by Robert Fitzgerald

231 COPIES ONLY, SIGNED BY THE ARTIST 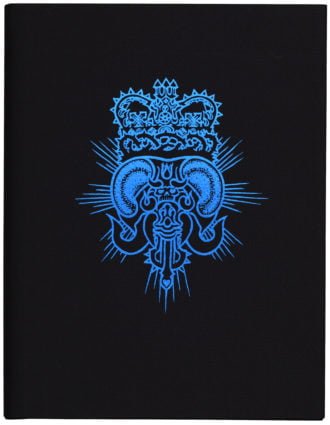 We use cookies on our website to give you the most relevant experience by remembering your preferences and repeat visits. By clicking “Accept”, you consent to the use of ALL the cookies. However you may visit Cookie Settings to provide a controlled consent.
AcceptRejectSettings
Manage consent